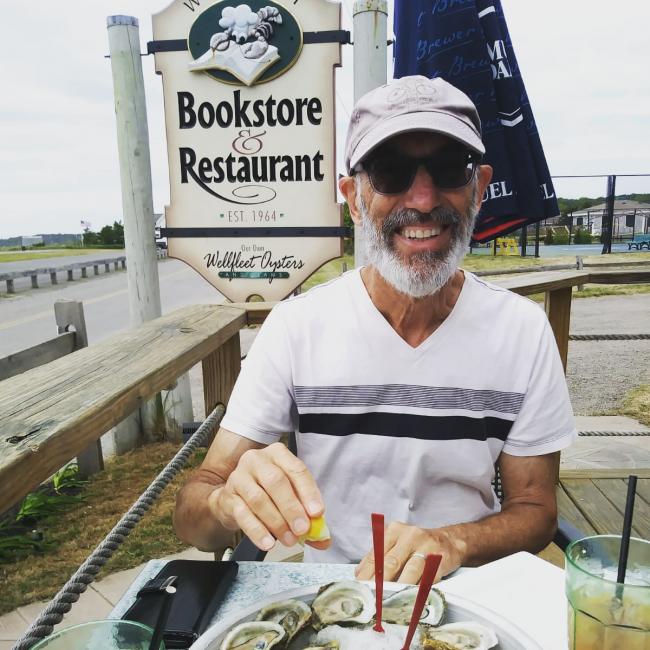 Philip began a regular practice of yoga in 1995 in Little Rock, Arkansas, of all places. His interest in Eastern philosophy actually began during his college days in the 1970s, when he was influenced by two important works: Be Here Now by Ram Dass, and Zen Flesh, Zen Bones compiled by Paul Reps. His passion for yoga grew while practicing with Matthew and Holly Krepps (founders of Circle Yoga Shala, Arkansas) with their emphasis on alignment and safety in yoga postures. Philip has practiced yoga with a variety of teachers and styles, from vigorous heated Vinyasa flow to passive and restorative long holds. He received his 200-hour Yoga teacher training certificate from the Pranotthan School of Yoga in 2014. Although Pranotthan is a new name in 2014, Devarshi Steven Hartman, its founder and Philip?s teacher, has trained thousands of Yoga teachers while he was the Dean of the Kripalu School of Yoga in western Massachusetts.

Philip's yoga classes focus on building poses from the ground up, raising awareness of muscle groups and bone structures, while integrating either energizing or calming breathing techniques when needed. These Pranotthan yoga techniques are excellent for people new to yoga as well as experienced yogis who are searching for a deeper connection between body, breath, and mind. Philip follows the principle of Ahimsa, non-violence, in that his students will ?do no harm? to their bodies or spirits, and their safety is his primary concern. He incorporates props, and he assists his students in postures to further promote a safe, non-judgmental, and fun environment in class. Philip loves biking, hiking, and especially skiing when he is not practicing yoga. He has taken up playing the Native American flute which he plays after savasana. Philip?s career has always been in education ? he has taught English as a Second Language to adults in Florida, Colorado, Arkansas, and Europe, and he is currently the state director of adult basic education and GED programs at the Rhode Island Department of Education.

View all Yoga Instructors in Cranston