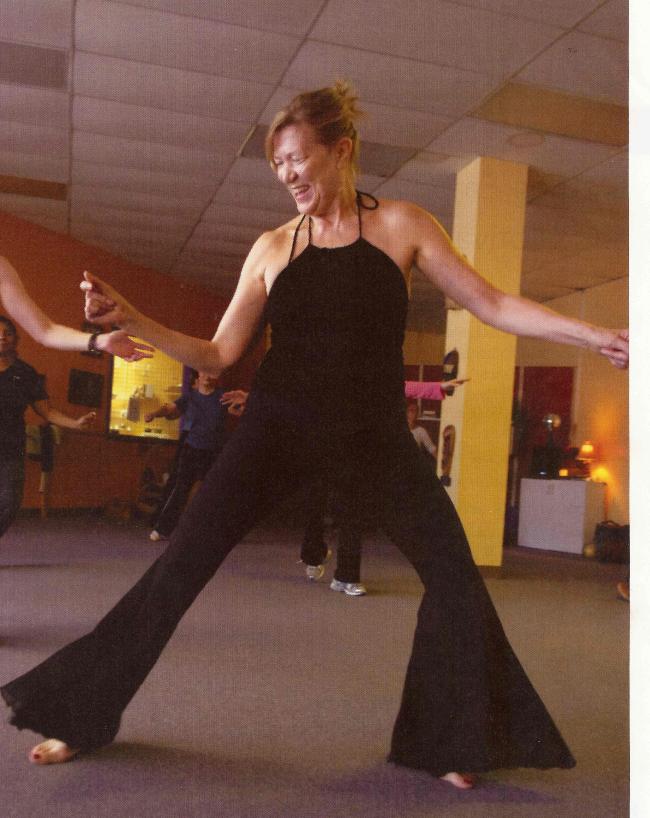 Nancy Hammett, Director and Owner of Sound Mind & Body, is one of only 3,000 Nia teachers in over 45 countries world-wide, and has studied Nia almost since its inception, twenty-seven years ago. She received her White Belt certification from Nia founders, Debbie and Carlos Rosas in 1999, and her Brown Belt in 2006. She adds that expertise to a long list of other recognized movement arts, including classical ballet, modern jazz, tap, ballroom and multi-cultural dance; acrobatics, gymnastics, yoga and karate.

As a professional dancer, Nancy appeared on the Chicago stage and throughout Europe. She trained at the Evelyn Lare studio of Chicago, the studio of jazz dancer and choreographer Gus Giordano, and the New York Academy of Ballet. She was a member of the women's gymnastics team at Southern Illinois University, and received her yoga certification at the Kripalu Center in Lenox, Massachusetts. Other certifications include ACE Personal Training, Zumba and Isshinrhyu Karate. She is also an IDEA member.

Nancy has taught classes at Yale University, the New York Sports Club in Westport, the Jewish Community Center of Woodbridge and the West Haven Community Connections program for adults with special needs. She is an Adjunct Faculty Member of the Graduate Institute, Department of Experiential Health and Healing, a Master of Arts Degree Program, under the direction of Bernie Siegel, MD.

View all Yoga Instructors in Milford