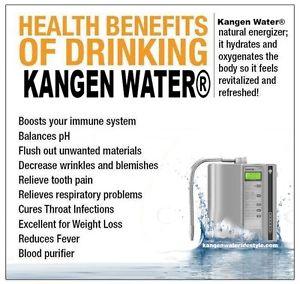 I discovered at a very young age the tools needed to become a master in dance and later on in my life with the science of Kundalini Yoga. Discipline was taught to me by my first ballet teacher and sacrifice was taught by the endless hours training after school and on the weekends. My commitment was to tap dance with the masters I saw on television. I accomplished that goal. I took my first professional job at age 18 while I received my BA from Point Park University in Pittsburgh, PA. I relocated to New York City where I worked with Broadway Productions, Tap Masters, and several creative teams for industrial shows to motivate the employees of corporations (Celebrex, Reebok-to name a few). I love challenges. In the 1990?s tap dance was a male-dominated field, and I broke a few barriers by creating the first Guinness Book of World Records in tap shoes. My role in show business was changing, I found myself counseling performers backstage, and I started to train actors physically. Then the universe handed me two teaching jobs, one at Broadway Dance Center and the other New York University. I began studying under a Pilates master and received many certifications within three years. After Sept. 11, 2001, I was employed in India where I worked with a creative collaboration team(Billy Graham Association) for a television special on faith. I had a desire to do more than just physical work and started training at Kundalini Yoga East in New York City where the founders have 40 years of experience and are qualified to certify people from all over the world. I soon understood the value in this style of yoga, and I traveled to New Mexico to receive master training at the Kundalini Yoga Research Institute. I belong to: IKYTA (International Kundalini Yoga Teacher Association) and after 15 years of teaching, I can develop specialized programs for physical and mental health problems. My work with disease started 15 years ago when I suffered from a severe infection in my lymph system. A western doctor who was aware of my history and knew I was born with Thalassemia, a genetic red blood cell disorder, prescribed a medicine that almost destroyed my liver. Western medicine was creating a slow death for me. I was losing weight, trapped in my bed, and in severe physical pain. I could hardly swallow and I just wanted the pain to stop. Once I took myself off the medicine I began a slow journey of healing and I was open to new ways of understanding my blood disorder and my personal well being. I was tired of no answers and negative responses to my blood counts from the doctors with no offering of solutions. I became interested in the science of Kundalini Yoga for health benefits, but also for the complex patterns of meditation that rewire the brain. It is one thing to study a science and learn what it can do for the body and mind, but to see it in person change people’s health from severe disease confirms my believe that this particular yoga needs to be in hospitals. My first DVD “Kundalini Yoga for Women” was produced from 8 months of using this specific yoga set to heal my own body from severe menstrual cycles, weight gain, and emotional imbalance. I feel every mother needs to provide this type of knowledge to their daughters to empower them about how to strengthen their bodies without drugs and to women as well. I am a research junkie! In my battle to understand why we have so much disease in a country that is suppose to have strong health care system I looked outside the United States to see what other countries were providing for there patients. I discovered in Japan that every hospital uses a medical device that produces Kangen water. I was able to locate a Pittsburgh distributor and drink the water for 2 months straight before investing in this medical device for my practice. I am know learning from other health practitioners in the United States how they are using this water on patients and healing the body. I can see more benefits within the scientific work of Kundalini Yoga with clients who are on the Kangen water. I believe in the statement “ Change your water , change your life! ”

View all Yoga Instructors in Pittsburgh