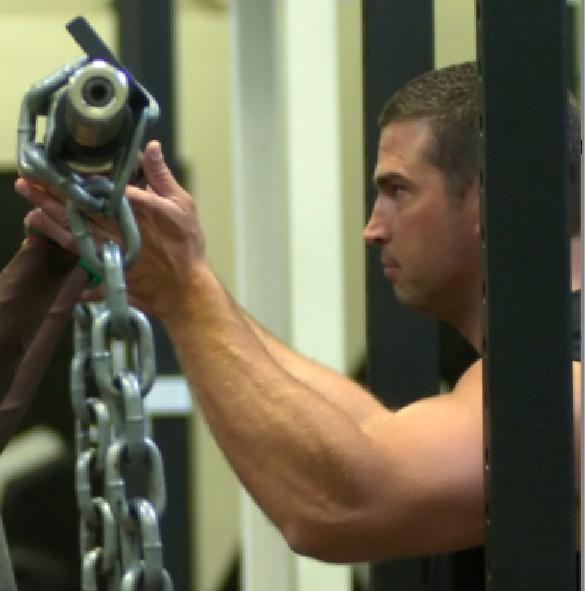 Elias Karras graduated from the University of Illinois at Chicago with a Bachelors of Science in Natural Science and Nutrition. Over the course of 16 years, Karras has built a reputation for developing speed, strength, and flexibility through the use of breakthrough training concepts. As one of the most sought after Sports Performance Specialist, Karras has had the privilege of training hundreds of female and male athletes of all ages and ability levels. Previously, Karras was honored by the United States Olympic Committee with their Special Recognition Award, a recipient of the Distinguished Achievement Award from the International Sports Sciences Association, and was also presented with the Professional Recognition Award from the IDEA – Health and Fitness Association. Lastly, Karras served as the Operational Performance Enhancement Specialist to the Military’s Special Forces Personnel. Currently, Karras severs as EFT’s Founder and Director of Sports Performance. Recently, numerous media outlets have documented Karra’s success within the field of Sports Performance and the unconventional training methods he has developed. Some of these media outlets include ESPN, ESPN.com, Sports Illustrated, STACK TV, STACK Magazine, NBATV, NBA’s All-Access TV Show, the Chicago Sun-Times, and the Chicago Tribune. Despite the awards and recognition, Karras’s educational background, experience, and determination are his foundation for continued success. Karras’s love for sports and desire to make athlete’s stronger and faster are evident within the personal relationships he builds with every athlete. Karras has trained 3 NBA 1st Round Draft Picks, 4 MLB 1st Round Draft Picks, Athletes representing over 20 NFL Affiliations, student-athletes representing over 50 NCAA Division 1 Universities, and hundreds of the Chicago-Land Areas top high school athletes.