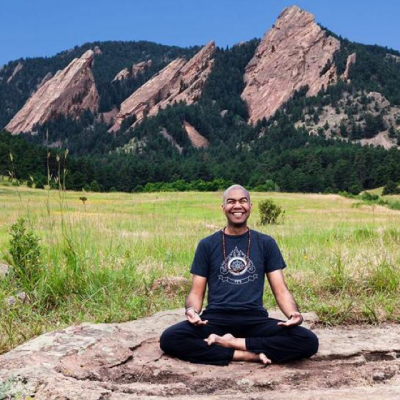 Dennis Kerr received his B.A. in Yoga and Tai Chi from Naropa University in 2016.He started playing trumpet professionally in 2002, practicing yoga in 2002, parter/social dancing in 2004, and has been teaching partner/social dance since 2008. He has taken workshops with a student of Claude Gordon, Seane Corn, Amy Ippoliti, Kino MacGregor, Ron Montez, Diane Jarmolow, Monty & Kristin Ham, Benji Schwimmer, and others.Reading Yogananda?s Autobiography of a Yogi, while in the US Army, greatly influenced his life and introduced him to a daily practice of meditation.His style of movement combines experiences from Yoga, Tai Chi, Music, Dance, and Psychology.

View all Yoga Instructors in Boulder